Every Scotty Cameron putter produced has been designed, milled and built in the United States. It’s a philosophy by which Scotty has run his business for over 25 years, and it has allowed him to control every aspect of creating fine milled putters for the utmost in quality and consistency. With the launch of the new 2020 Special Select line, Scotty has received a lot of great questions from golfers asking about the benefits of milling putters.

The differences between milling a putter from a solid block of material and a casting are many, especially when it comes to lasting durability. Casting is inherently an efficient, lower-cost process whereby molten metal is poured into a mold. Countless products are made this way. But, when a putter is cast, tiny holes and inconsistencies get trapped in the part making it brittle and weak. Porosity is the measurement of these “voids” in the metal. And, when casting metal, the gasification of contaminants at high temperatures and the shrinkage that takes place as it solidifies each contribute to weakening the metal. High porosity equals low quality.

So why does your putter have to be strong? The aesthetic advantages of a solid milled putter are understood by those who value quality in engineering as it relates to design and form. However, the true, functional reason to mill a putter from a solid block is to allow for the manual adjustment of the putter’s loft and lie via physically bending the putter neck throughout the product’s life—which could be decades. Additionally, a milled putter can be restored—including re-milling the face—without compromising the metal, as it’s pure all the way through. Scotty has always made putters to last, as well as to be adjusted many times to keep them within the proper and preferred loft and lie specifications.

As Scotty says, “If you try and bend the neck of a casting more than three degrees you probably end up snapping the neck. And, when you mill a casting, you can find all kinds of porosity and air pockets in there.” 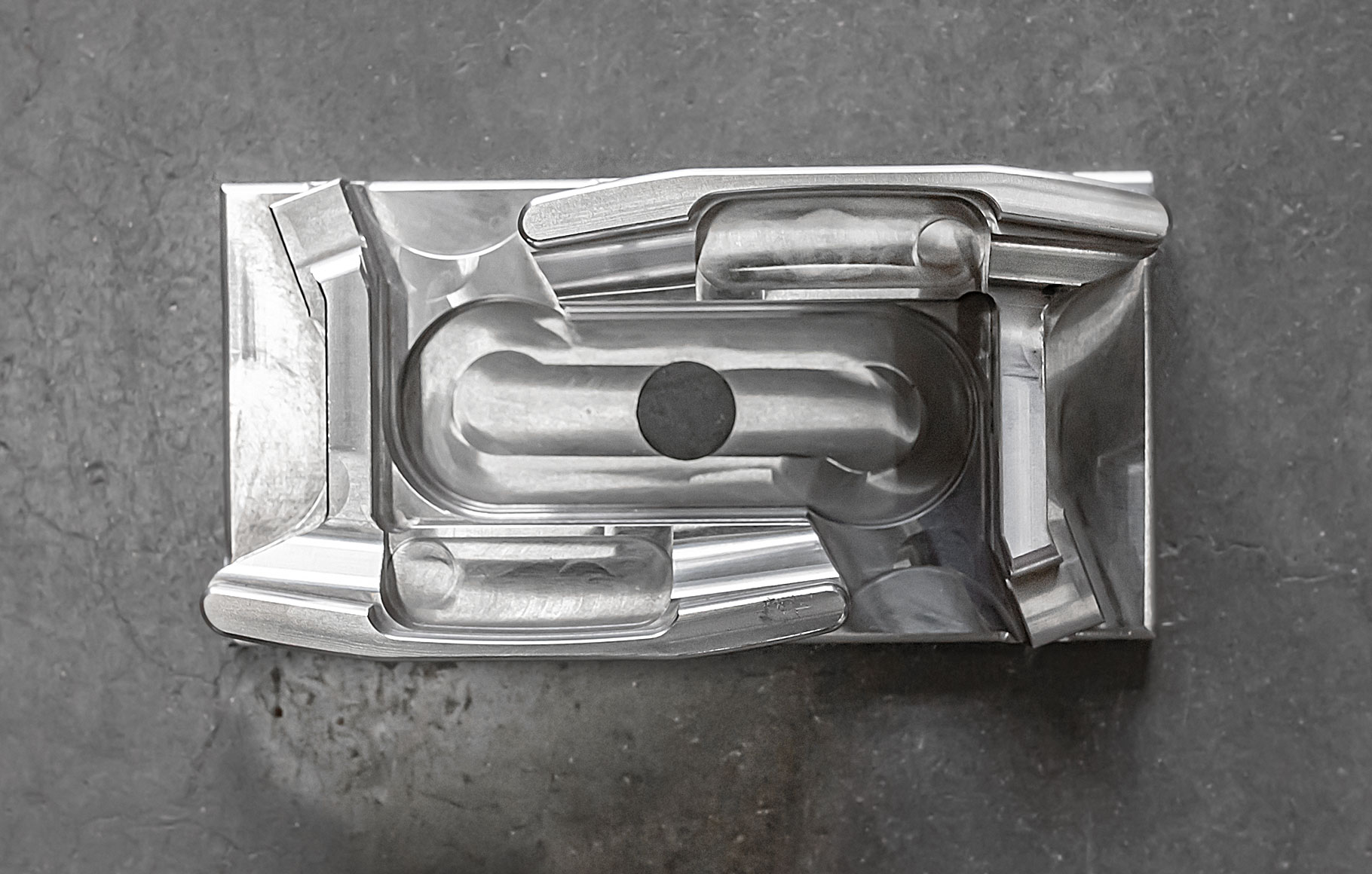 Each putter is milled in California from a solid block of 303 Stainless Steel.

As a demonstration of his milled putters’ durability, Scotty over the years has showed in-person touring professionals and retail partners the benefit of a putter milled from a solid block by heating up the neck and physically twisting it around up to five rotations. Not only was this a powerful display of his putters’ strength, the craftsmanship and artistry of this red-hot demo resulted in his popular “Twisty” neck, which has become a design feature incorporated into his limited, one-of-a-kind Tour putters that are prized by players and collectors around the world. 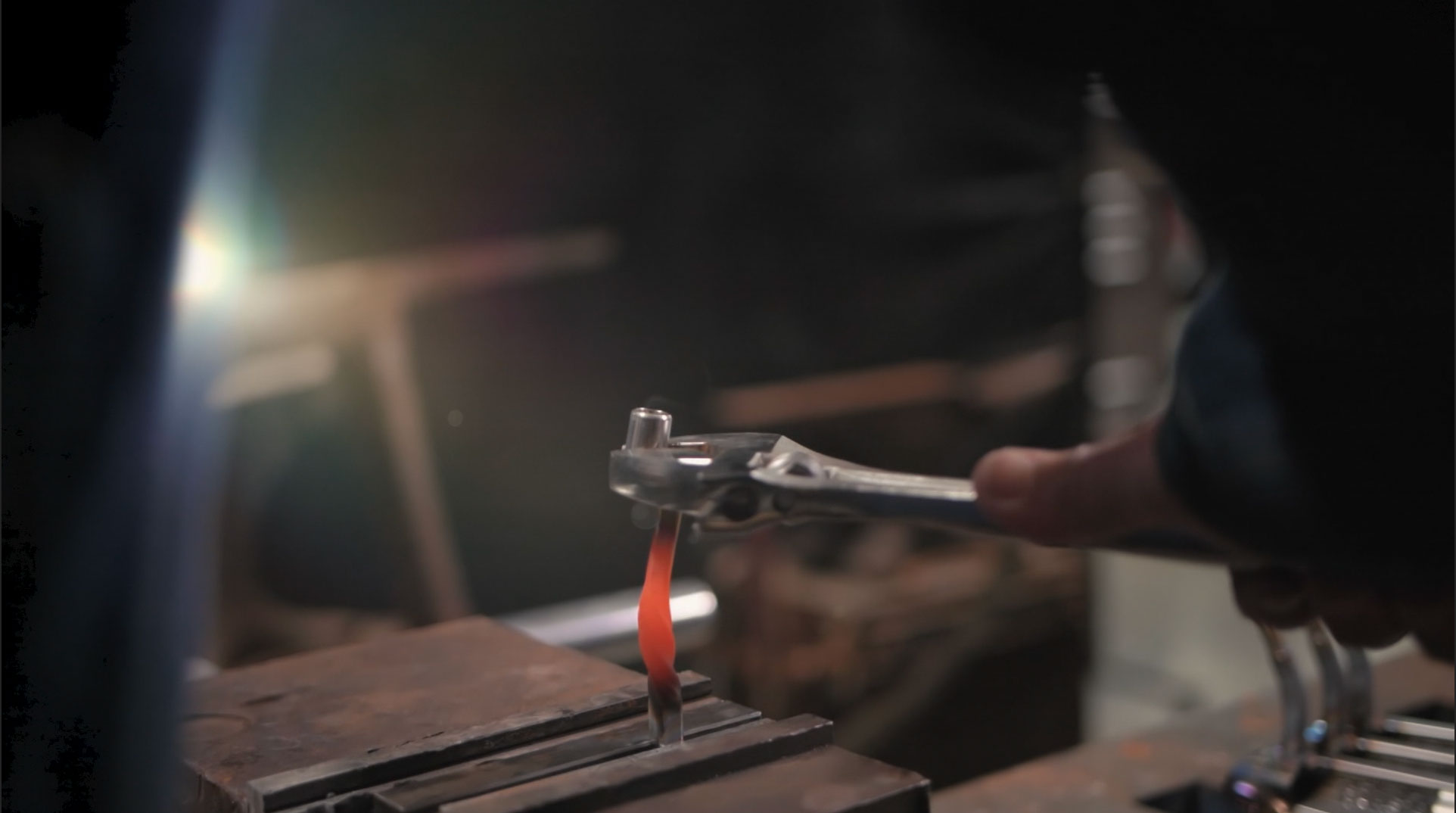 Scotty heating and twisting a neck

One way he would show the pros on tour the benefit of milling from a solid block was to heat the neck of a putter and twist the neck about five times to create the twisty neck which could never be done with a cast putter. Check out Scotty’s thoughts on milling, as well as his most recent demonstration of his Twisty neck in this video, and rest assured that all Scotty Cameron putters—including the current Special Select and Phantom X putter lines—are 100% milled and built in the USA. 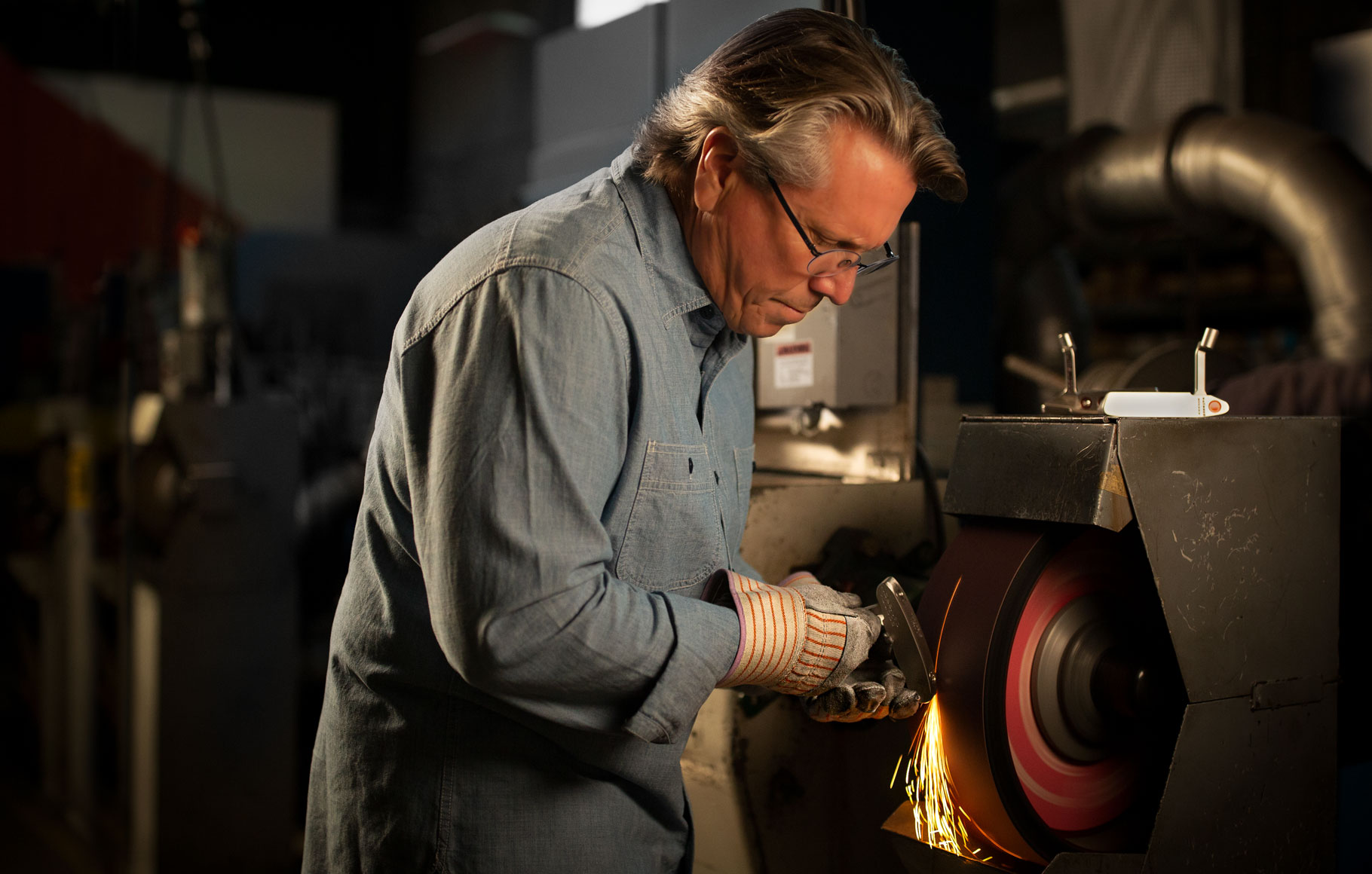