Love of
the Craft 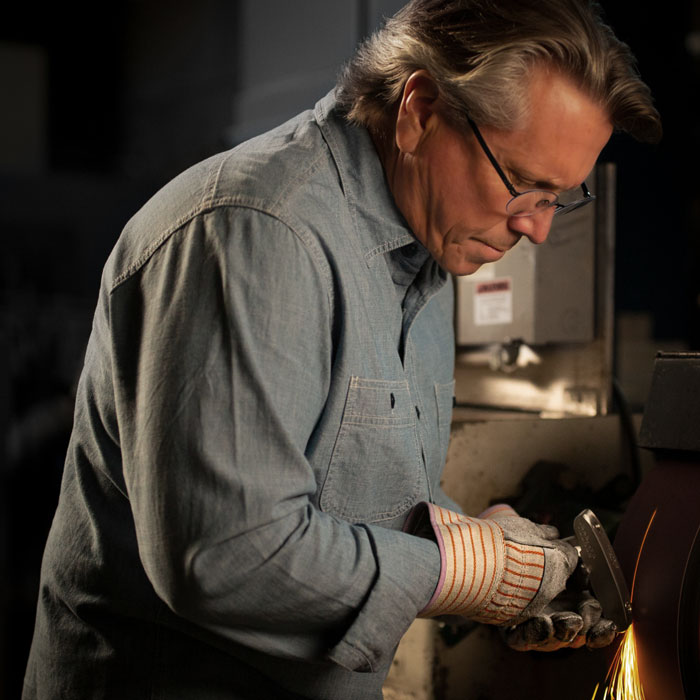 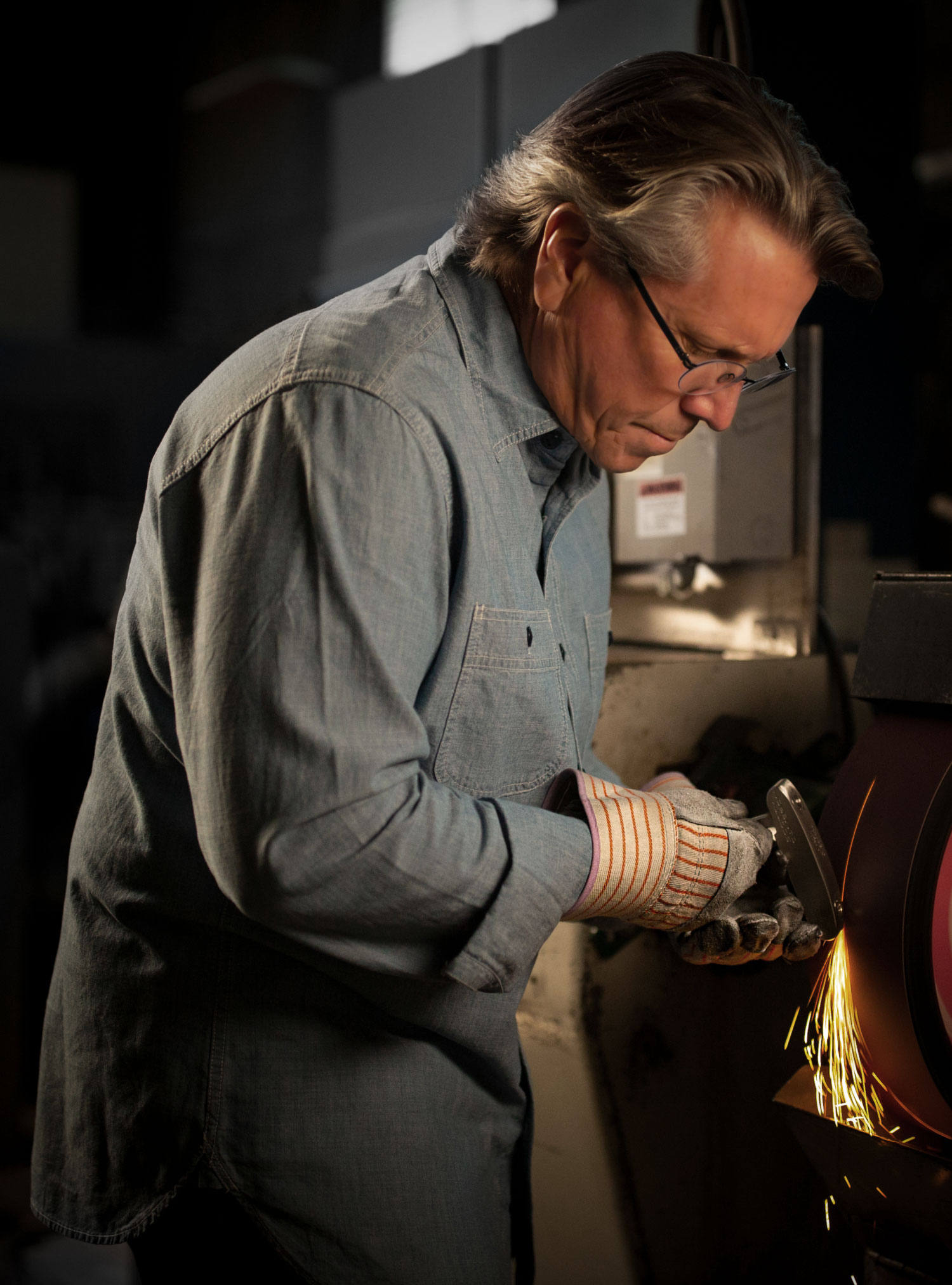 Inspired by the love of the game introduced to him by his father, an insurance man with a two handicap, Scotty’s early passion for creating putters started in the 1960s in the family garage where the two experimented and tinkered with clubs, always looking for a better way. When they weren't on the course, Scotty and his dad could be found in their workshop shaping club heads, wrapping grips, creating new designs and getting them ready for “field” tests.

With the putter, the idea was, when it’s finished, it should look like it melts into the ground. It should appeal emotionally, as well as physically. This design philosophy continues decades later at Scotty’s Southern California Putter Studio. 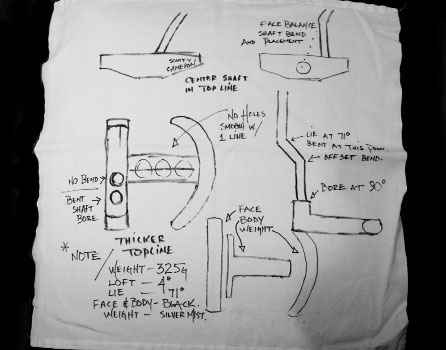 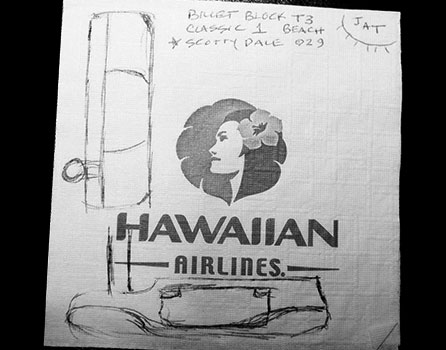 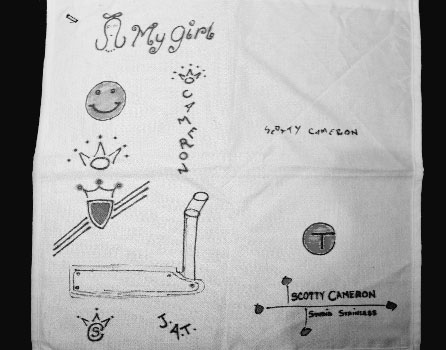 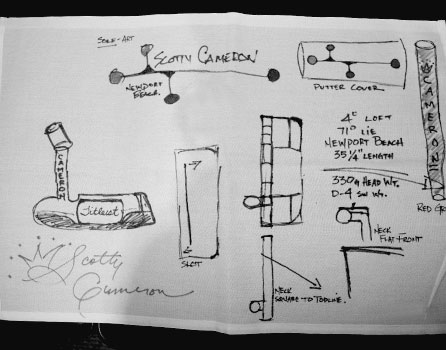 Where art and
engineering
collide

Scotty’s father passed before he could witness his son’s transformation into an accomplished craftsman. But he did leave Scotty with words that would set the path for his life’s work: “Stick with the game of golf, Scotty. I think you have a future.” The fond memories of working with his dad and the early training he received as a boy in the garage helped Scotty to perfect his milling, shaping and club finishing skills. These talents have helped establish his reputation for quality and exceptional craftsmanship.

I didn't set out to change the game of golf.
I just wanted to make the best putter possible. 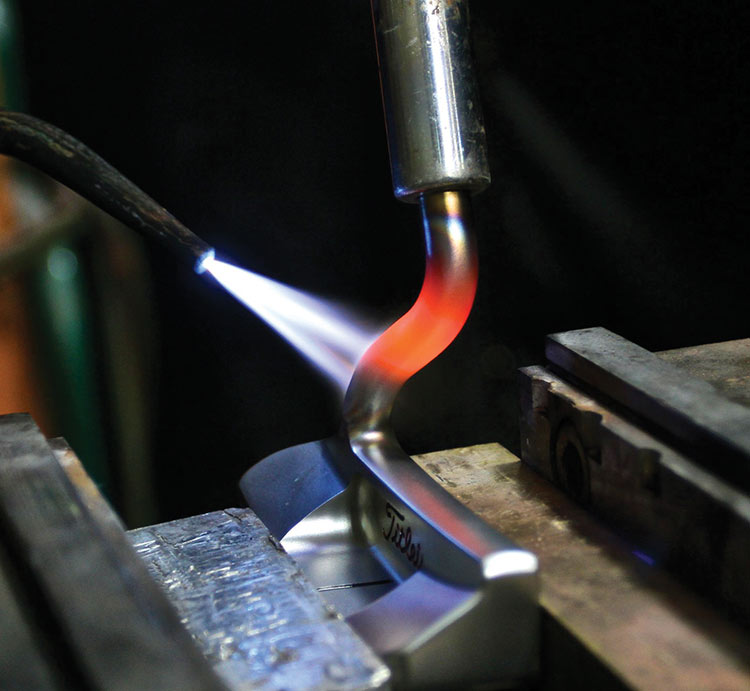 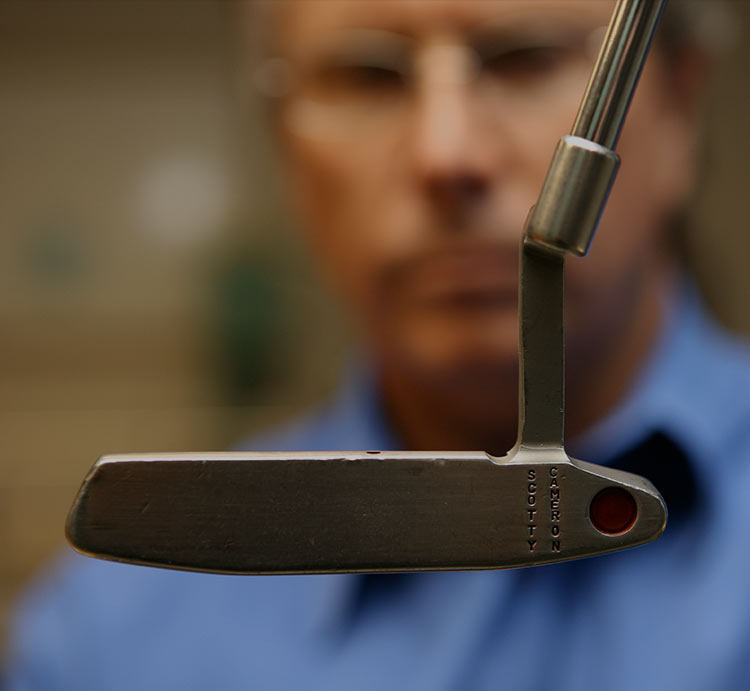 During the late ‘80s and early ‘90s, Scotty designed putters for the Ray Cook Golf Company, Maxfli, Cleveland Classics, Founders Golf and Mizuno before striking out on his own with his wife Kathy to start Cameron Golf International. In 1992, CGI’s goal was to design and manufacture the finest putters for the best players in the world.

That meant traveling to PGA Tour events where they convinced touring professionals to try and trust their putters in the game’s most grueling conditions. Perseverance paid off in 1993 when, after working with a top-ranked professional who was struggling with his putting, Scotty created a custom putter that was used to win the Masters. It was a major turning point for the company, and would change the Camerons’ lives forever.

Our goal is to make the finest putters for the best players in the world.” 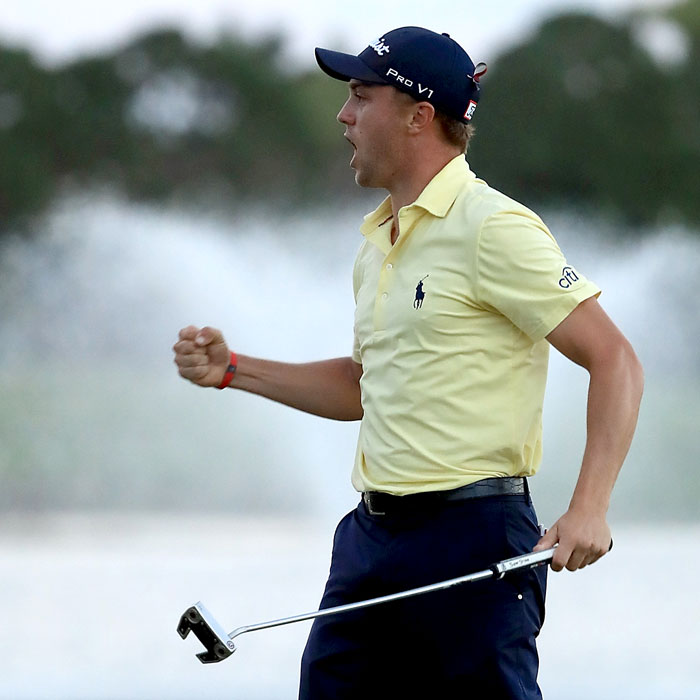 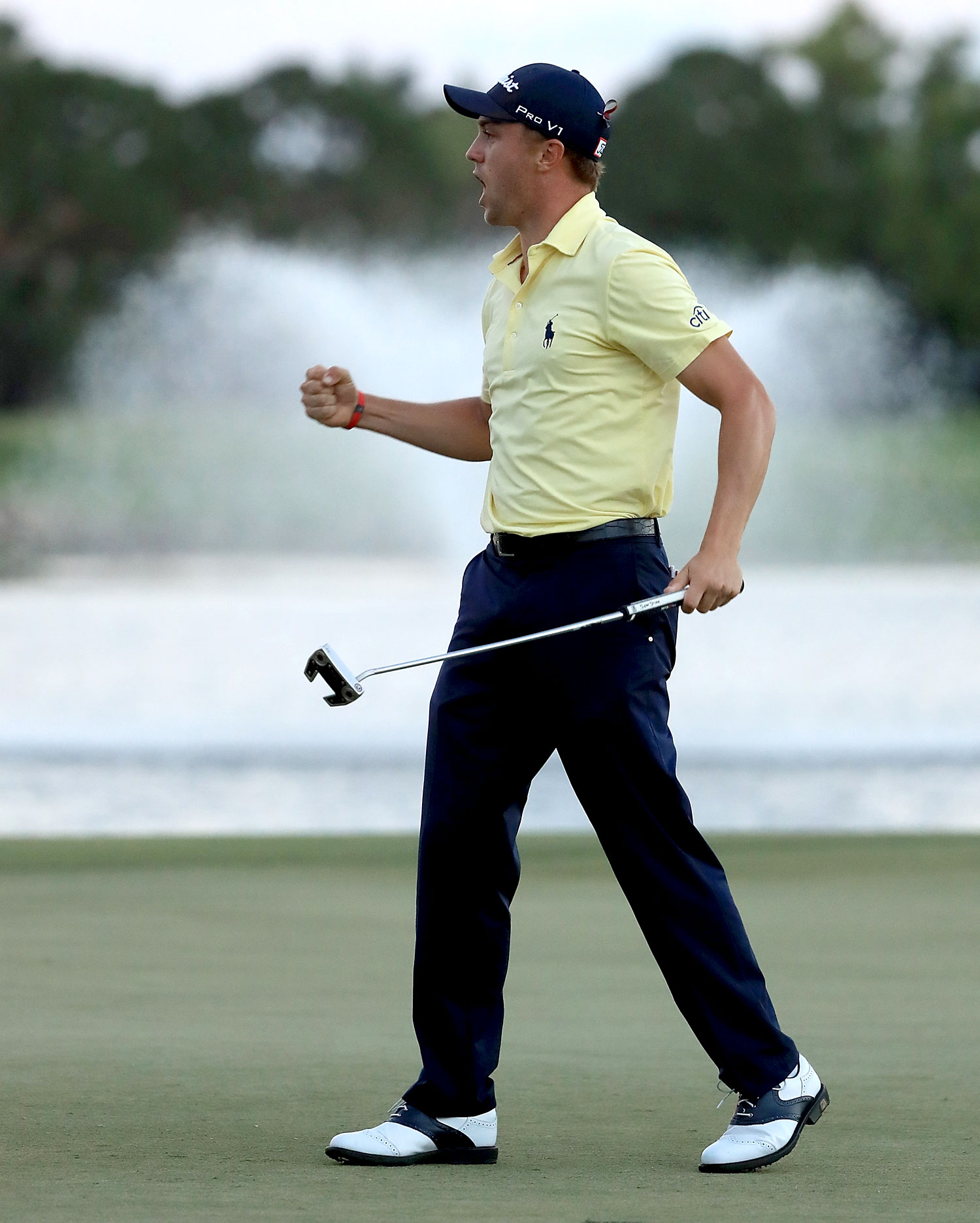 Gaining a reputation as the young putter maker from California whose prototype creation was used to win golf’s greatest tournament, Scotty began to receive interest from the golf industry’s heavyweights. Introduced to Wally Uihlein, CEO of Acushnet Company/Titleist, by well-known teaching pro Peter Kostis after the 1994 PLAYERS Championship, it became clear that Wally and Scotty shared the same vision for quality design and manufacturing. A relationship was formed, and in September of 1994, Cameron Golf International and Acushnet Company became partners.

Innovation Throughout The Years 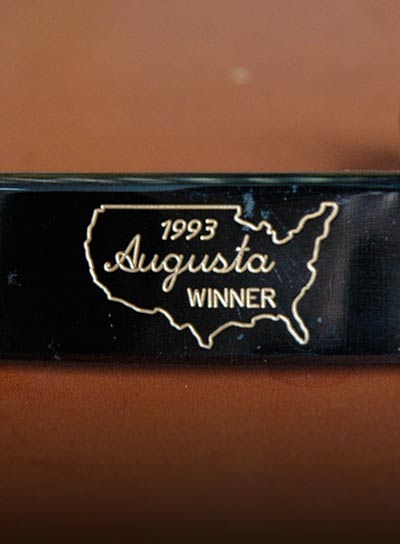 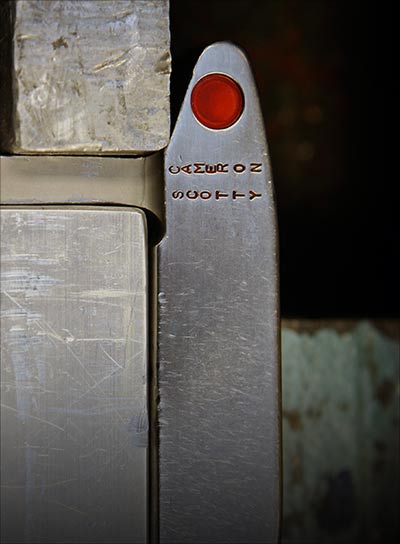 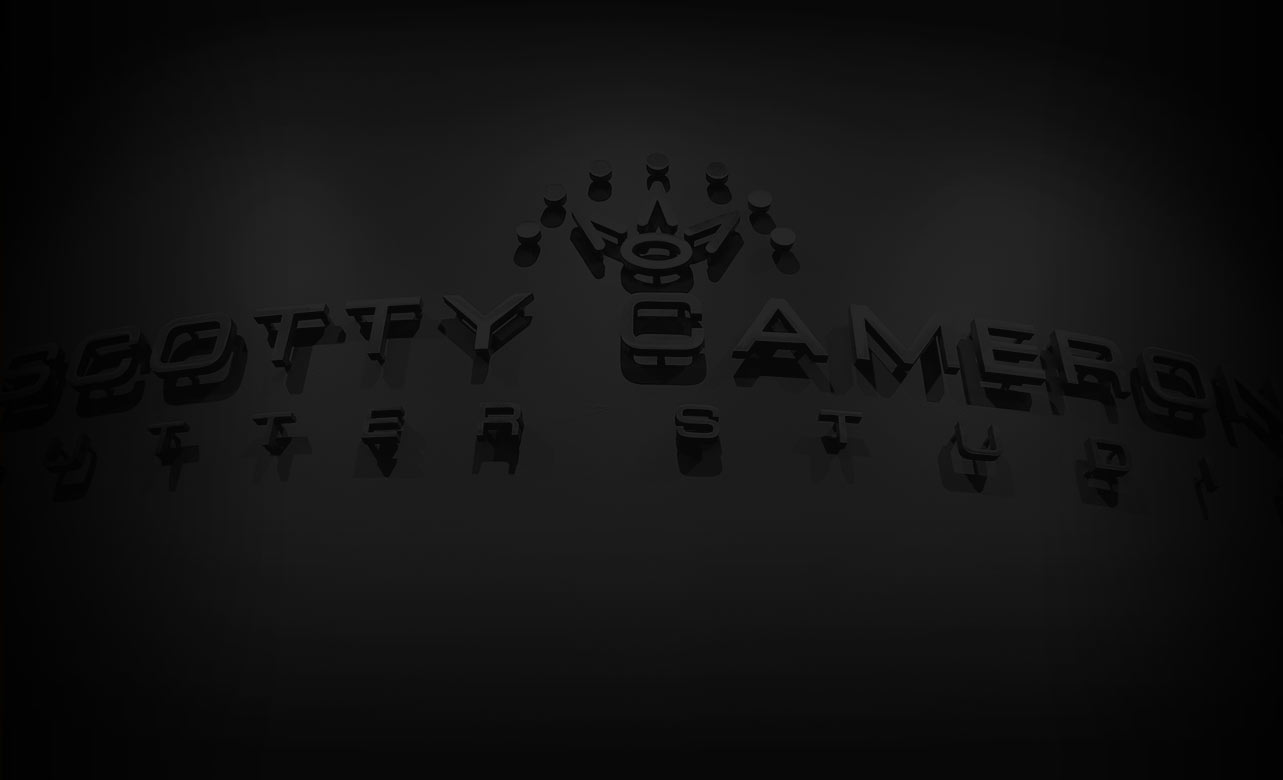 Since partnering with Titleist, Scotty Cameron has earned a position as one of the top names in golf. And, as the putter of choice for dozens of touring professionals around the world, Scotty Cameron putters have been trusted to help secure hundreds of victories, including more than 40 major championships. This record of global success has solidified Scotty Cameron’s reputation as the world’s premier putter maker.

To this day, Scotty continues to design the world’s finest milled putters using innovative methods, new materials, classic as well as modern shapes, and concepts focused on creating clubs that perform on the game’s greatest stages, as well as in the hands of everyday players around the globe who appreciate his expression of the Art of Putting.