Nelly Korda trusted her Scotty Cameron Squareback 2 to victory at the 2021 KPMG Women's PGA Championship, securing the world No.1 ranking. She is the first American to rise to No. 1 in the world since 2014. She also became the first American to win an LPGA major since 2018.
Just a week earlier, Korda switched from her Newport 2 Select with GSS insert, to the Special Select Squareback 2 Tour model leading up to her win at the 2021 Meijer LPGA Classic. While her previous four wins were with the Select Newport 2 with a GSS insert, she was looking for a change that might help with distance control and would offer a different feel following a tough two days putting the at the US Women's Open.

Korda has long favored blade-style putters and has used a blade for most of her career while using a Scotty Cameron. For players that gravitate to the square, more traditional look of a blade putter but want to look down at something a bit more confidence inspiring, the Squareback 2 offers the best of both those worlds.
The Squareback 2 sets up almost exactly like the blade models Korda has used in the past but is larger front to back and provides a slightly more forgiving look. The Squareback head, with its 6061 aircraft aluminum sole plate to aid in shifting more weight out to the perimeter of the putter head, also offers a bit more stability while retaining the overall appearance of a classic blade-style putter. The Scotty Cameron Tour Department reports, "we also thought it might be a nice change to move to a solid head and face which is what the Squareback 2 would offer her." 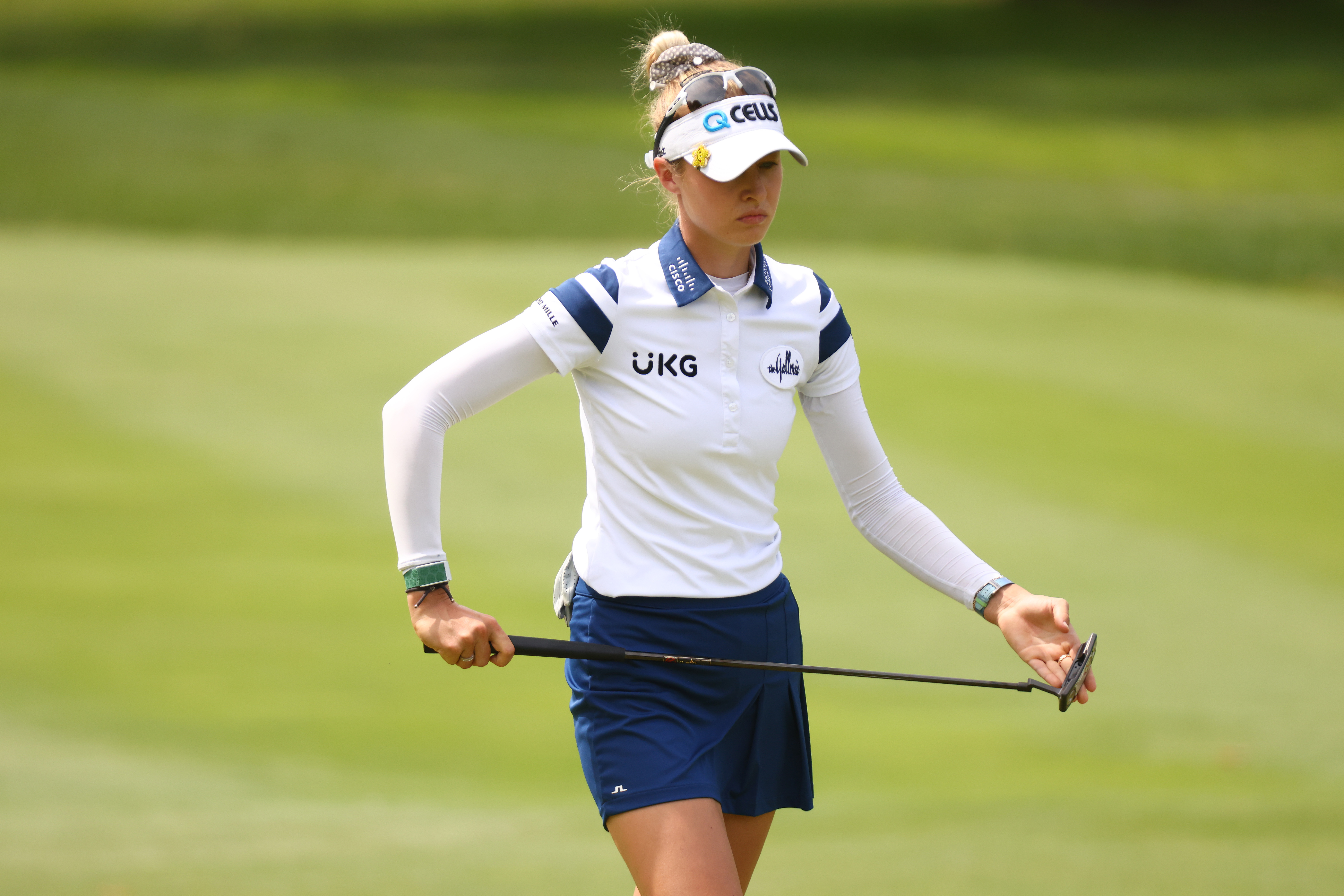