Golf's majors are always interesting. The venues. The players. The pressure. Majors happen only four times each year and every one captivates galleries and golfers worldwide, as history is written during four days of intense competition where shots made and putts dropped are talked about for years. The 119th U.S. Open from Pebble Beach was no different. Did you see that bomb putt on 18 to seal the deal?!? These guys are good.

And, since we make putters, our interest is always focused on which flatstick our favorite pros are gaming. Side-note: Due to contractual obligations and respect for these players' competitive partnerships, if a player represents another company or brand, we are not at liberty to use that person's name or likeness in our communications. It just so happens that the winners of the last four majors are either free agents or are associated with other companies, but choose to use Scotty Cameron putters for their success on the greens.

As always, Scotty is here with an open Putter Studio door, as well as an open mind to create the putters that the best in the business put in play. Below, you'll find some information about the Tour putters used to win the past four majors. And, Scotty checks in with his thoughts on the U.S. Open during a quick weekend wrap-up podcast.

The 2019 U.S. Open champion has been in Scotty Cameron putters since he was a Rock Chalk, Jayhawk at Kansas University back in 2006. His first order was a Newport 2 made from raw carbon steel. Over the years, he's mainly been a Newport 2 player and he trusted the Newport 2 Timeless GSS putter pictured above to his first major victory at the U.S. Open. At 34-inches cut, this major winner has a lie angle of 71° and loft of 3°. 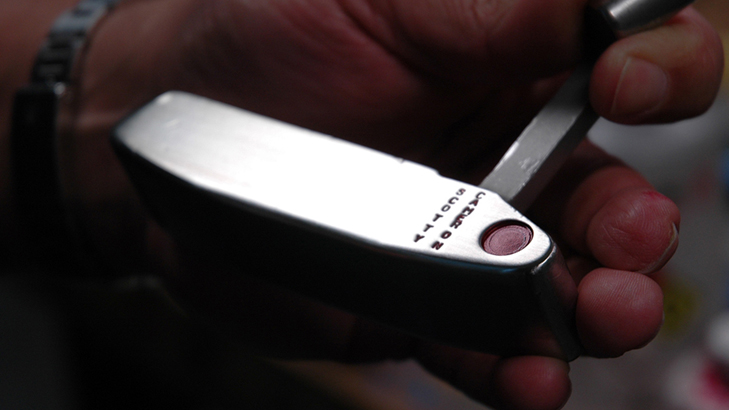 With its return to glory at the 2019 Masters Tournament, the world's most famous Newport 2 GSS again captured the attention and imaginations of golf fans around the globe. At 35-inches cut, it has a lie angle of 70° and loft of 3.5° with an old school stepped shaft.

To see all of the titles captured by players trusting Scotty Cameron putters, please check out our Tour Victories page.