Looking to claim his first AT&T Byron Nelson title, Dallas native and Titleist Brand Ambassador Jordan Spieth shot to the top of the leaderboard during Round 2 of the 2016 AT&T Byron Nelson finishing T1 at -11. Starting his day on the back 9, Spieth sank a 10-foot birdie on the Par 4 12th hole after a 139-yard approach shot. Two holes later on the 14th, he drained a 21-foot birdie putt. He continued to dominate the back 9 with three consecutive birdies on holes 16, 17 and 18. Making the turn, he kept his card bogey-free, with another birdie on the 7th, taking him into the weekend with a comfortable position tied for the tournament lead. 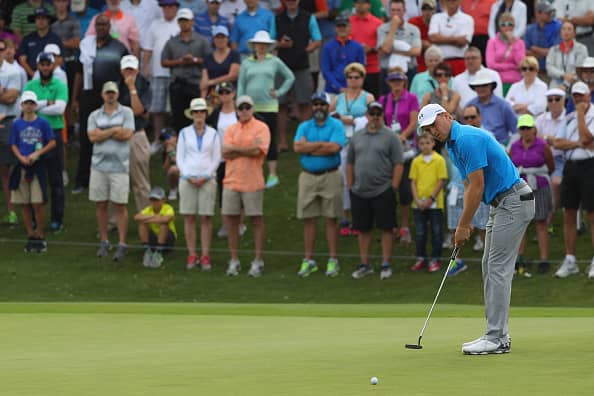