New putter models don’t magically spring from the mill. They come about after hours of laborious deliberations, napkin sketches and conversations about alignment, weight distribution and feel. Buckets of swarf (metal shavings from the milling machine) pile up as new ideas are carved from steel and aluminum. And after all this, even when a model may appear to be finished and ready for its PGA Tour debut, refinements are made and another prototype is created.

Enter Scotty’s new Futura 6M, a production model that started as a prototype. The “M” is code for Moment of Inertia (MOI). To engineers, MOI is “a quantity expressing a body's tendency to resist angular acceleration. It is the sum of the products of the mass of each particle in the body with the square of its distance from the axis of rotation.” To golfers, MOI is the putter’s resistance to twisting. In short, putters with higher MOI are more forgiving on off-center strikes and will help a player sink more putts. The Futura 6M was crafted specifically to give players this advantage.

The Futura 6M is the evolution of Scotty’s R&D findings related to his work with the most talented players in the world, namely Titleist Brand Ambassador Adam Scott, who has been visiting Scotty’s Putter Studio and gaming Scotty Cameron putters for over 15 years. Adam’s victory at the 2013 Masters with a prototype Futura X long putter set the process in motion for the creation of today’s Futura 6M. What started as a Tour prototype went through several iterations and evolved into the production model we have today. 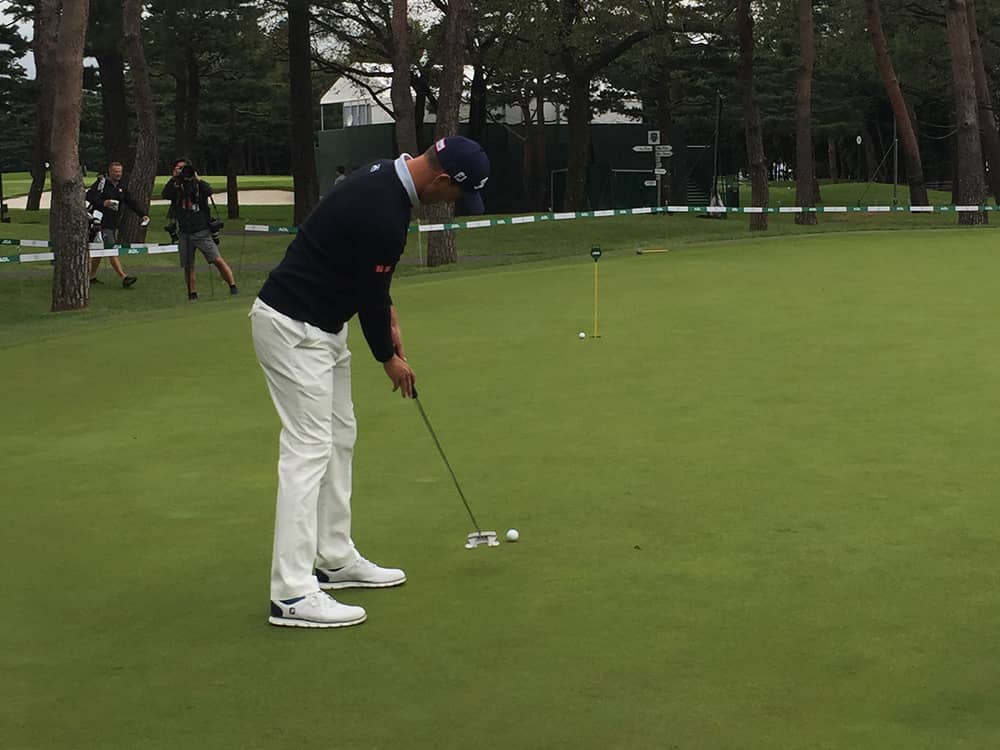 This evolution involved several years, modifications and refinements to arrive on the Futura 6M, which incorporates the best MOI-enhancing traits of the original Futura X and design cues expressed in the Futura X7M. This model combines a pop-through “bar back” design with deep heel-toe weights positioned back for the ultimate in forgiveness and resistance to twisting at impact. The milled sight line on the topline coupled with the long, white sight lines in the flange create a dual-purpose alignment feature that frames the ball and aligns to the sweet spot. (Note: A new Futura 6M Dual Balance model is also available for those players who need maximum stability in their stroke.)

The multi-material technology employed in the Futura line design combines heavier stainless steel with lighter aluminum to allow for the proper weight distribution this larger putter head demands. Scotty gave the stainless steel surfaces of the Futura 6M a Silver Mist finish with a unique bead blast for a radiant, yet glare-resistant appearance. The aluminum sole plate has been anodized in black. Additionally, the Tour-inspired cosmetics display the familiar three bright translucent red dots in the back cavity with engraved typography befitting this modern, high-performance model.