It was an exciting weekend for golf at the 2022 Presidents Cup where the the U.S. team captured the title again, defeating the International team at Quail Hollow Club in Charlotte, North Carolina. Scotty Cameron putters were at the center of many of the week's most dramatic moments, with Scotty Cameron putter players on both sides delivering memorable putting performances throughout the week. 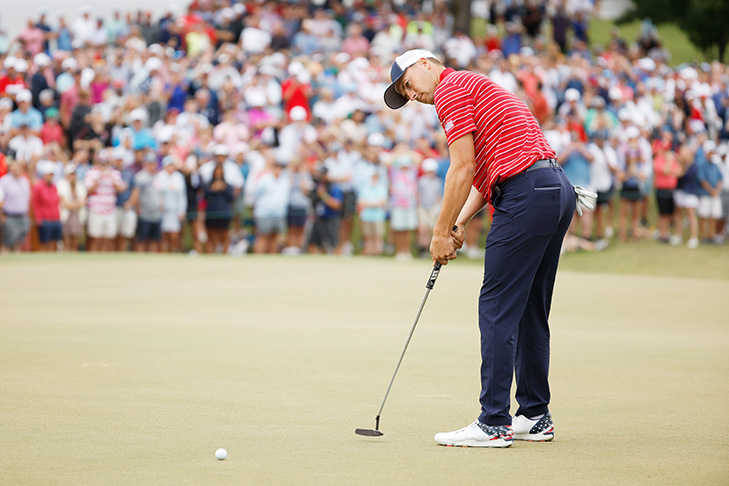 The Americans, who jumped out to an early 8-2 lead after the opening foursomes and four-ball sessions, won the tightly-contested Sunday singles session 6.5-5.5. Spieth, gaming his trusty Scotty Cameron 009 Prototype, became just the sixth player in Presidents Cup history to go 5-0-0. Over his singles and two four-ball sessions, he was 13 under par. 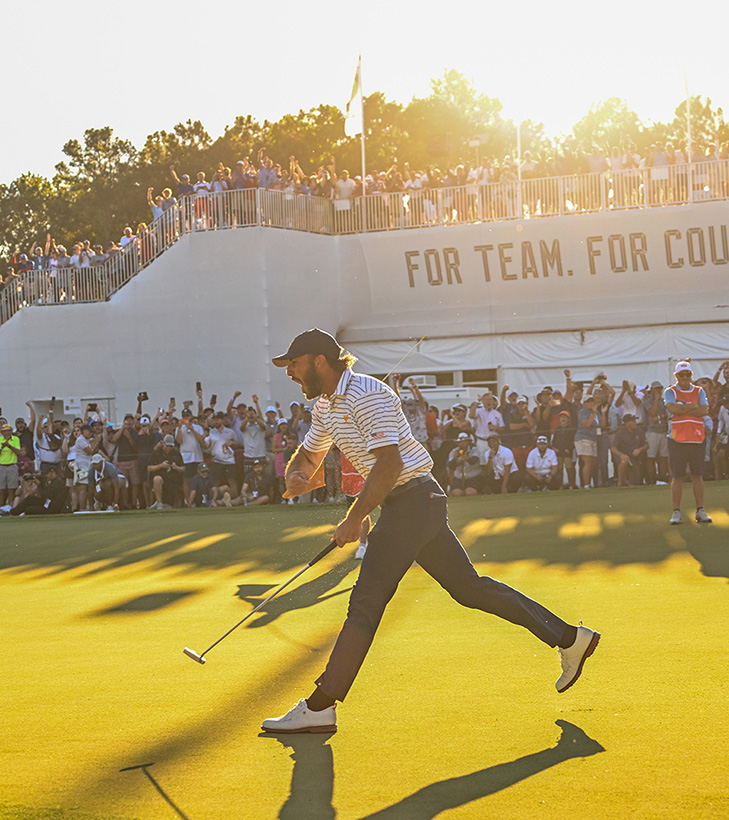 Max Homa, playing his Phantom X T-5.5 Prototype, finished his first Presidents Cup at 4-0-0, a week after capturing his fifth PGA TOUR victory at the Fortinet Championship in Napa. He’s just the fourth Presidents Cup rookie to go 4-0-0 or better in the history of the event. 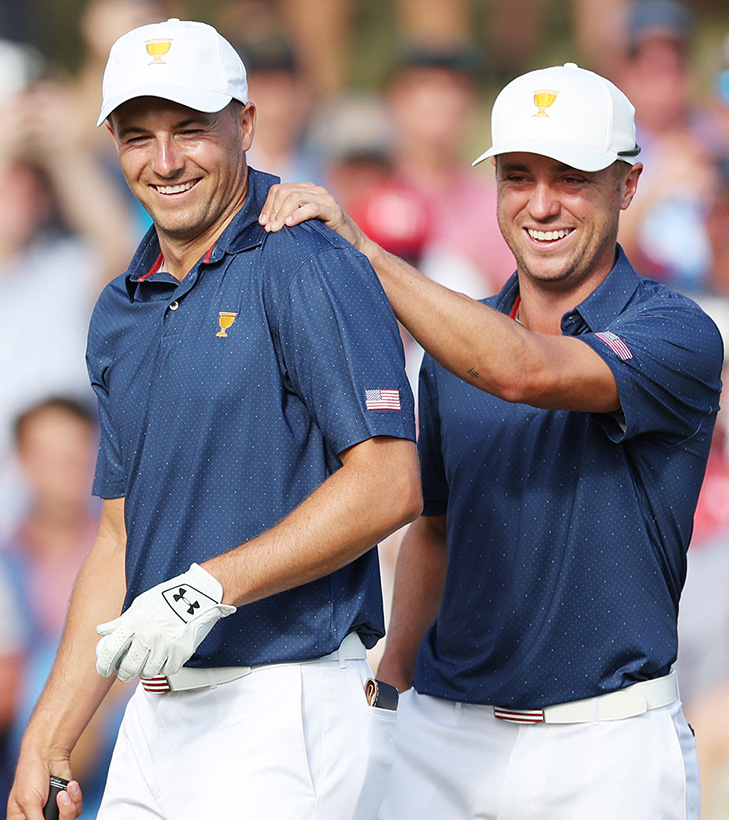 Jordan Spieth teamed with fellow Titleist staff player Justin Thomas, playing his Scotty Cameron Phantom X5.5 Tour Prototype, to go 4-0-0 in foursomes and four-balls. JT has now earned 17.5 points over his two Ryder Cup and three Presidents Cup appearances. With a combined 16-5-3 record, he is averaging 0.73 points per match, the best of any player in U.S. history with five or more starts who has competed in both Cups. 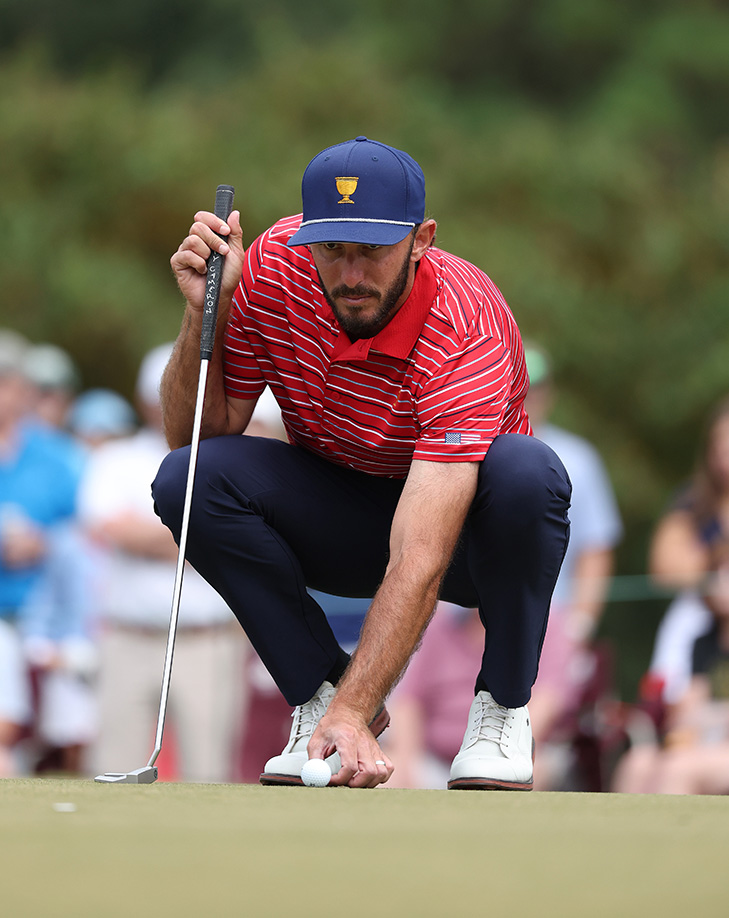 Max Homa earned his final point in a hard-fought singles win over fellow Titleist staff player Joohyung “Tom” Kim. One of eight rookies playing for the International team, Kim earned two big points on Saturday while holing three of the week’s most memorable putts. The 20-year-old South Korean made two long eagle putts on No. 11 Saturday, using his Scotty Cameron Timeless TT (Tour Type) GSS Tour Prototype putter to roll in a 36-footer in morning foursomes and a 54-footer in afternoon four-balls. 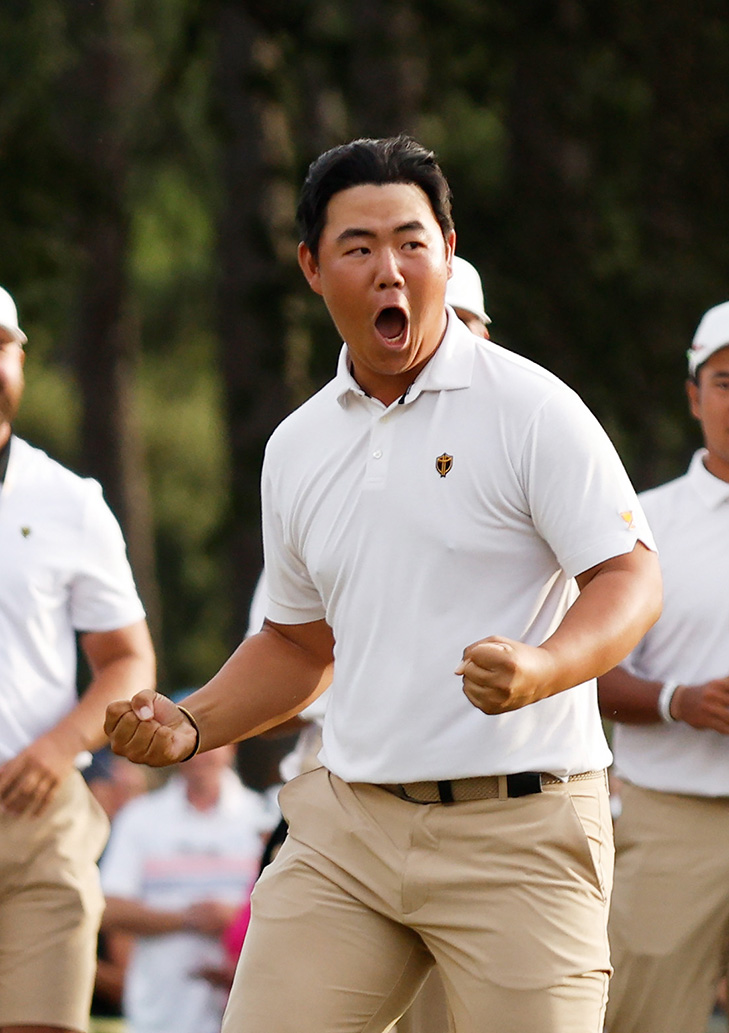 On his final hole of the day, the 505-yard par-4 18th, Kim was faced with a 235-yard approach with his match all-square. He hit his T200 2-iron to 10 feet, rolling in the curling birdie putt to win the point, 1 up, and helping the Internationals to a 5-3 Saturday. It was the first time the International team outscored the U.S. in a two-session day for the first time since 1998.

Scotty Cameron was the most played putter brand with 10 players, including the last two Masters champions, compared to seven for the nearest competitor. The U.S. has won the Presidents Cup nine times in a row and 12 of 14 times, with one tie. The next match will be held in Montreal in 2024.