The run began at the 2021 Genesis Invitational, where Homa, gaming a Phantom X 11.5, became the first player to win with a Phantom X model putter on the PGA TOUR. Four months later, he switched to the Phantom X 5.5, which he used to win his first Fortinet Championship last September and then the Wells Fargo Championship in May. The same putter was in his hands this week in Napa, where he gained more than four strokes on the field (+4.003/9th).

Said Homa, on his switch to Phantom X: “I was just struggling with face control with my putter. So I tried a few mallets, ended up going with one of the Phantoms and it just felt like it swung a bit better. It didn’t feel like I needed to work so much with my hands to release the putter. And at that time that’s really what I needed and then I got hooked on them.

“I think you almost don't have to do as much with your hands, so you can just focus on the big muscles. And I feel like, especially with putting, especially when you’re nervous, that’s a huge part of being consistent and having a lot of repetition. I felt like that was something that I was missing. And when I switched to that, I felt like it just became a lot more predictable just because I could take out a variable. 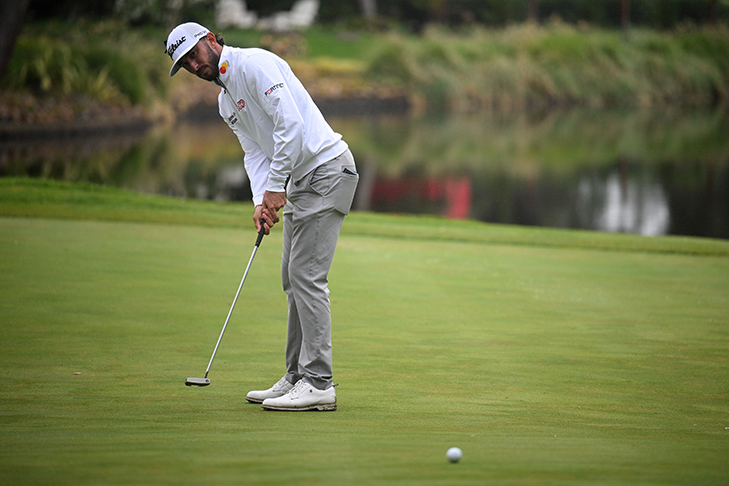 “Speed control became much easier with the Phantom style. I felt like because of the weight of the head or just the way it swung, I just felt like it was a lot easier to control my putts from 15 to 25 feet. That’s where I’ve typically struggled. That’s definitely the most obvious impact I saw.

More about the titles taken with Scotty Cameron putters.

“I think we work a lot on alignment with my putting, with getting the face square to the target line and something about the way they set up, I feel like they’re very square. I feel like that’s helped, but I really do think that the speed control has been the main benefactor (to my wins), holing a couple extra 10 to 20 footers. And that typically is mostly speed based, less start line than the closer putts.”